Our friends, 8 Bits and a Byte, have built a Historic Voicebot, allowing users to chat to their favourite historical figures.

Have a chat with your favourite person from the past with the Historic Voicebot! With this interactive installation, you can talk to a historical figure through both chat and voice. Made using Dialogflow, Node.js, HTML Canvas, an AIY Voice Kit, a Raspberry Pi and a vintage phone.

Coding? Check. Woodwork? Check. Tearing apart a Google AIY Kit in order to retrofit it into a vintage telephone while ensuring it can still pick up voice via the handset? Check, check, check – this project has it all.

The concept consists of two parts:

While Nicole doesn’t go into full detail in the video, the Ada animation uses Dialogflow, Node.js, and HTML Canvas to work, and pairs up with the existing tech in the Google AIY Kit.

And, if you don’t have an AIY Kit to hand, don’t worry; you can have the same functionality using a standard USB speaker and microphone, and Google Home running on a Raspberry Pi. 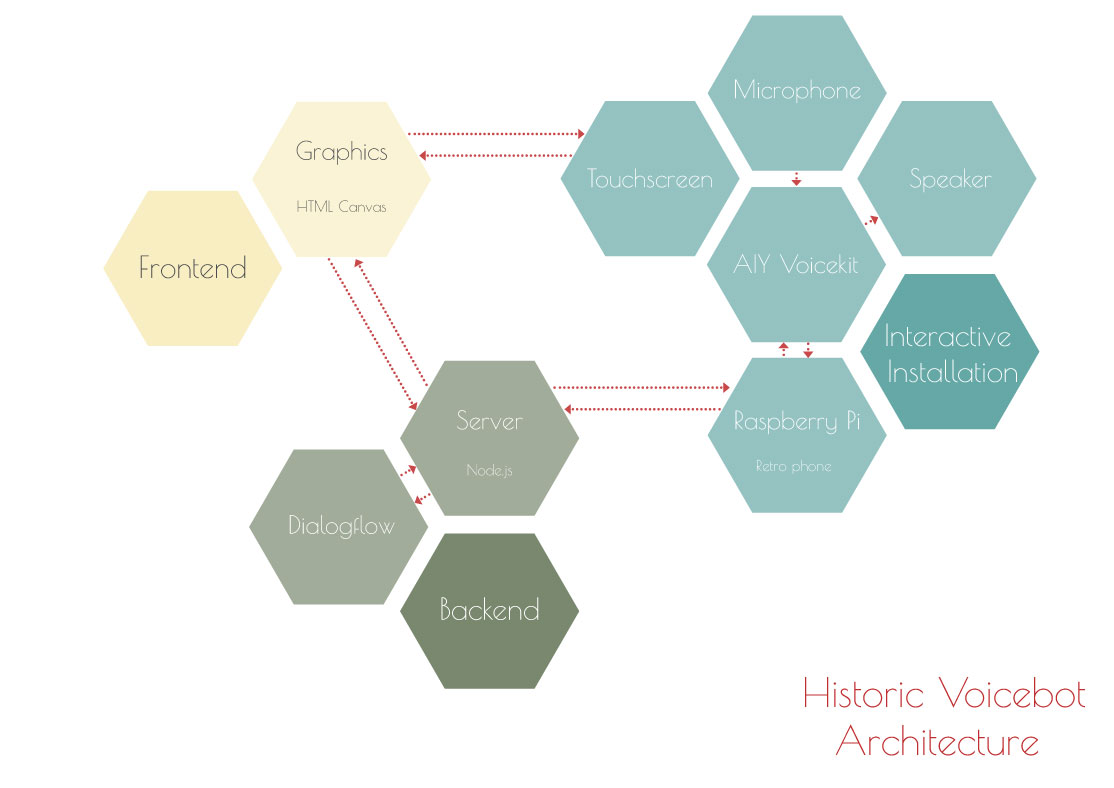 You can find a tutorial for the whole project on hackster.io.

There are a lot of YouTube channels out there that don’t have the follow count we reckon they deserve, and 8 Bits and a Byte is one of them. So, head to their channel and click that subscribe button, and be sure to check out their other videos for some more Raspberry Pi goodness.