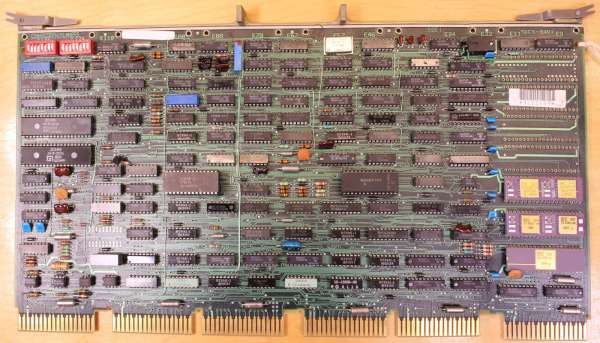 This is a cpu card from a class of computers known as mini-computers.
By the late 1970’s DEC was about to be eclipsed by the microcomputer. At the same time this card was in production the 68000 and 8086 16-bit class micro processors were also in the market: their superior cost would soon take much of DEC’s low end market.
The card uses their FONZ-11 LSI chip set. Most interestingly the CPU instructions are micro-coded and placed into separate chips: the instruction set could be expanded at will by adding more “303E”s. Typically this would be for a floating-point instruction set.