We’ve all been able to check on our kitties’ outdoor activities for a while now, thanks to motion-activated cameras. And the internet’s favourite cat flap even live-tweets when it senses paws through the door. 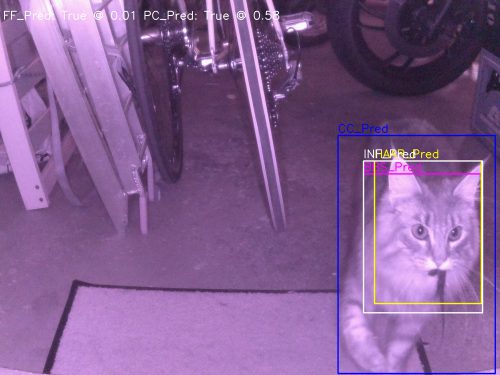 “Did you already make dinner? I stopped on the way home to pick this up for you.”

But what’s eluded us “owners” of felines up until now is the ability to stop our furry companions from bringing home mauled presents we neither want nor asked for.

Now this Raspberry Pi–powered machine learning build, shared by reddit user u/eee_bume, can help us out: at its heart, there’s a convolutional neural network cascade that detects whether a cat is trying to enter a cat flap with something in its maw. (No word from the creators on how many half-consumed rodents the makers had to dispose of while training the machine learning model.)

The neural network first detects the whole cat in an image; then it hones in on the cat’s maw. Image classification is performed to detect whether there is anything in or around the maw. If the network thinks the cat is trying to smuggle caught contraband into the house, it’s a “no” from this virtual door bouncer.

The system runs on Raspberry Pi 4 with an infrared camera at an average detection rate of  around 1 FPS. The PC-Val value, representing the certainty of the prey classification => prey/no_prey certainty threshold, is 0.5. 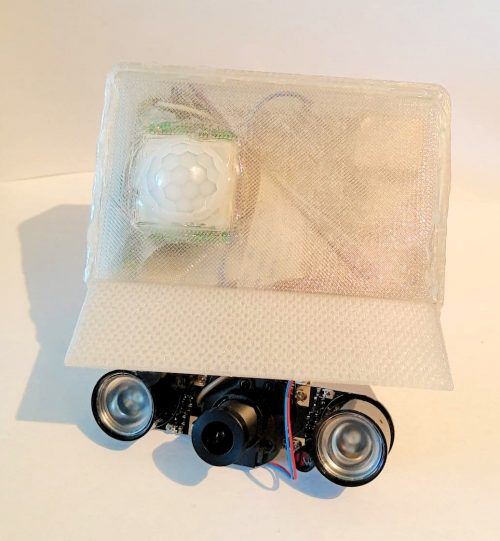 How to get enough training data

This project formed Nicolas Baumann’s and Michael Ganz’s spring semester thesis at the Swiss Federal Institute of Technology. One of the problems they ran into while trying to train their device is that cats are only expected to enter the cat flap carrying prey 3% of the time, which leads to a largely imbalanced classification problem. It would have taken a loooong time if they had just waited for Nicolas and Michael’s pets to bring home enough decomposing gifts. 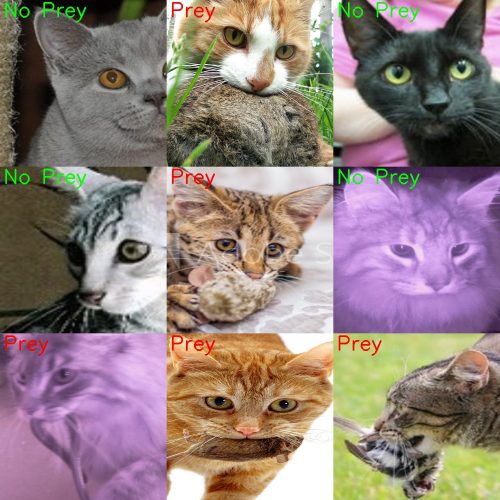 The cutest mugshots you ever did see

What is my cat eating?!

The makers also took the time to train their neural network to classify different types of prey. So far, it recognises mice, lizards, slow-worms, and birds.

It’s still being tweaked, but at the moment the machine learning model correctly detects when a cat has prey in its mouth 93% of the time. But it still falsely accuses kitties 28% of the time. We’ll leave it to you to decide whether your feline companion will stand for that kind of false positive rate, or whether it’s more than your job’s worth.