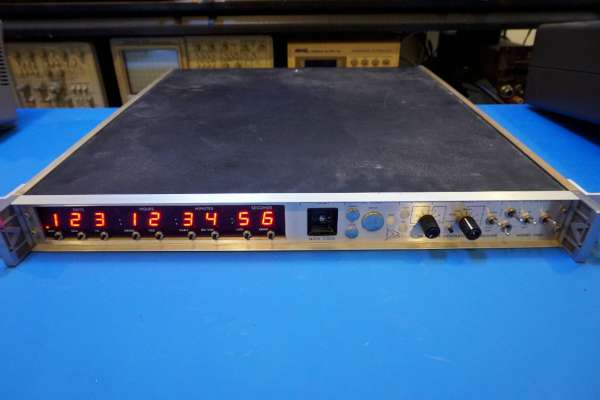 Kerry Wong did a teardown of a Datum 9300 time code generator:

IRIG time code generators (not to be confused with the ones used in video and film industry) are often used for clock synchronization among various connected equipment and is commonly used in power generation and distribution industry as well as in the military. In this blog post we will take a look inside a Datum 9300 time code generator from the late 80’s. A video detailing the teardown is linked towards the end of the post.