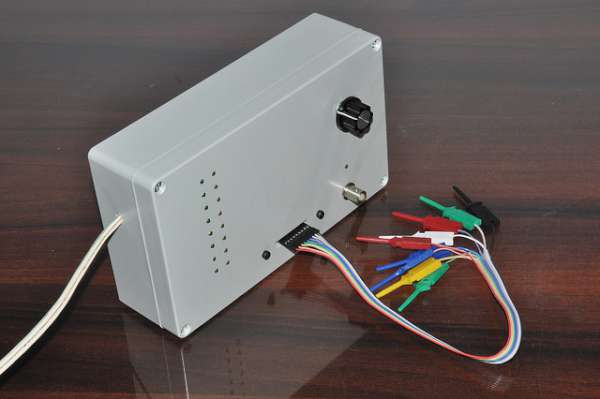 This is 8 channel CMOS logic probe and pulsar which is useful when designing, testing and faultfinding in digital circuits. This circuit is designed using commonly available CMOS logic ICs which including couple of 4069 hex inverters and 4040 binary counter.
Logic probe of this system is based on 4069 hex inverters and it indicate logic high and low states with 2 LEDs. Logic pulsar of this circuit is capable to generate 12 frequencies and highest frequency it can generate is 420kHz. This pulsar generate square wave with 50% duty cycle and it’s average raise time is 16µS.