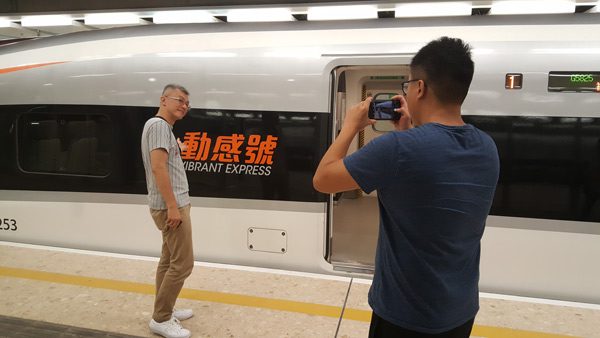 Even though Shenzhen and Hong Kong are basically the same city on opposite sides of a border, it’s still a frustratingly long trip to Hong Kong Central for a Reuben at Morty’s Deli. The new high speed rail line linking downtown Shenzhen to downtown Hong Kong makes the trip in just 15 minutes. A lot of frequent travelers are hoping it just got a lot easier to eat delicious pastrami on a whim, but with all the formalities of Chinese rail will it really cut the travel time? We jumped on to find out! 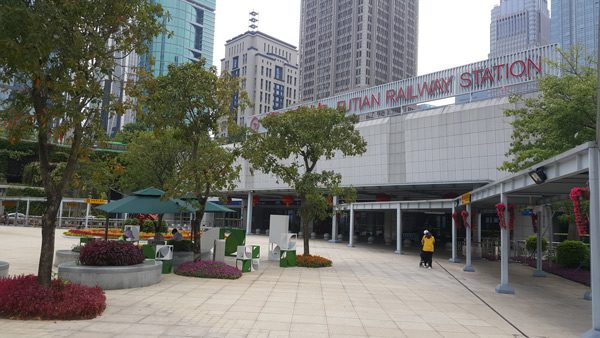 Futian Railway Station is two metro stops from the Huaqiangbei electronics market, in the Futian Central Business District. It’s always empty, despite being several years old and absolutely massive. Unlike most Chinese rail stations, it’s actually in the middle of the city. 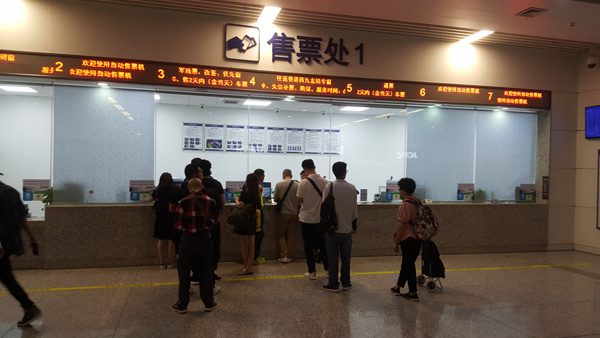 It usually takes less than 10 minutes to collect tickets and go through the security checks. Shenzhen North station is on the same high speed rail line, but it’s so busy that it often takes more than an hour to get into the station. Foreigners can’t use the ticket vending machines, so we had to go to the window and hand over our passports to buy tickets from a human. 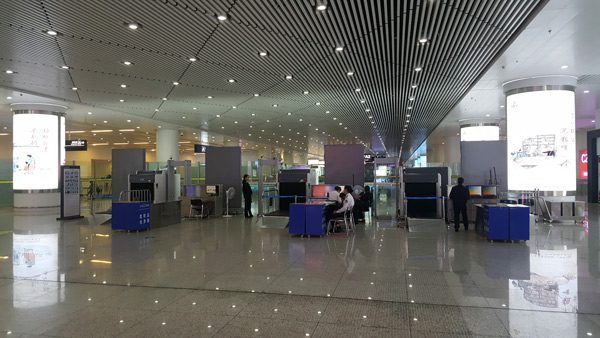 Security checks make Chinese high speed rail more like flying out of an airport. Identity check, baggage x-ray, metal detector, and finally a manual pat-down. This is where Futian station really shines – it’s so empty that security takes less than a minute. Security in Shenzhen North can take 30 minutes or more. 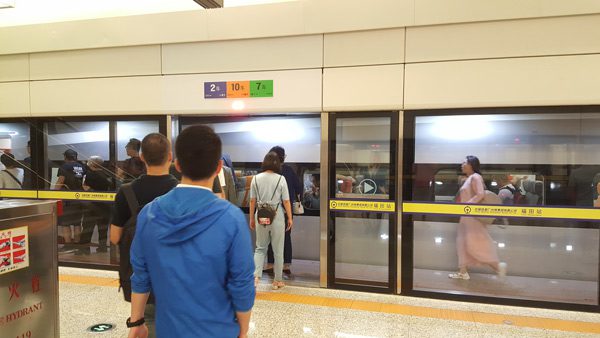 Everyone riding the train was super excited. It was the same atmosphere as when the A380 was a new and exciting airplane to ride. Lots of pictures and selfies. 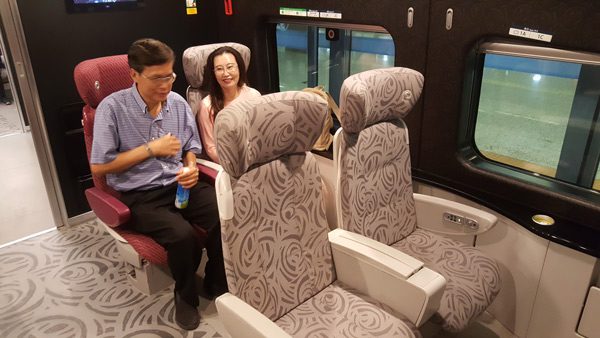 Second class tickets are around $9, first class is around $15. This is the first class cabin. Some trains also have a tourist class or business class with lay-flat seats, but at $50 it seems a bit too posh for a 15 minute train ride. 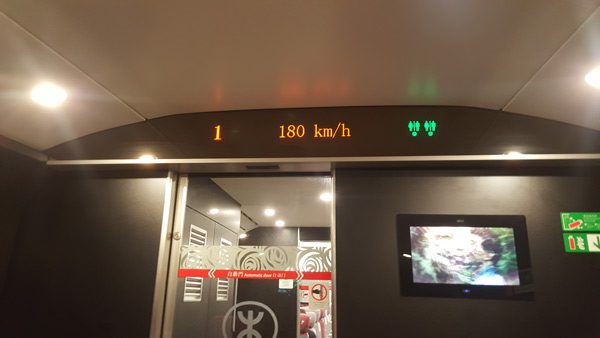 Maximum speed was around 180 km/h. The entire trip is in an underground tunnel so there’s not much to see. The WIFI didn’t seem to work, but there was 4G mobile data during the whole ride. 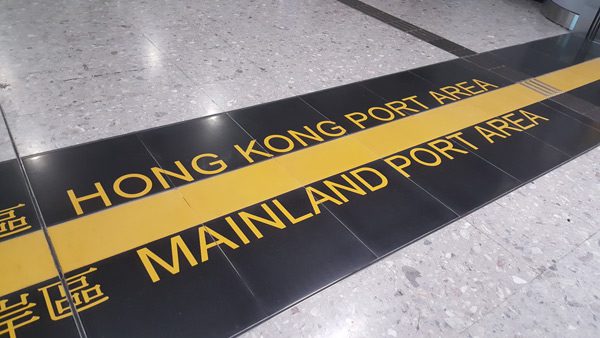 In Hong Kong there’s a joint border crossing for both Hong Kong and China. This means that after getting off the train you go through immigration to leave China, walk a bit, then show your passport to get into Hong Kong. Chinese immigration does a customs check on the way out, every bag of any size has to go through an x-ray machine. 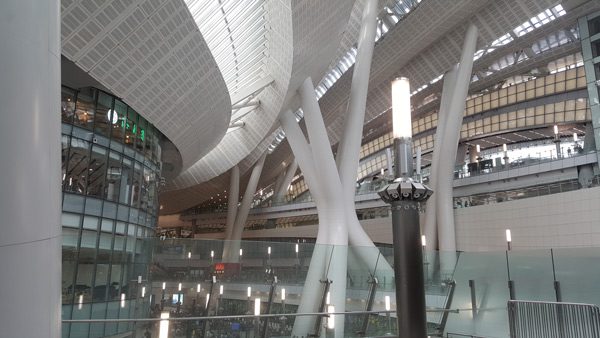 Kowloon West Station is magnificent, but also a bit of a chaotic mess. It’s also not really anywhere useful, it’s a ten minute walk through malls to find a metro to Hong Kong Central. 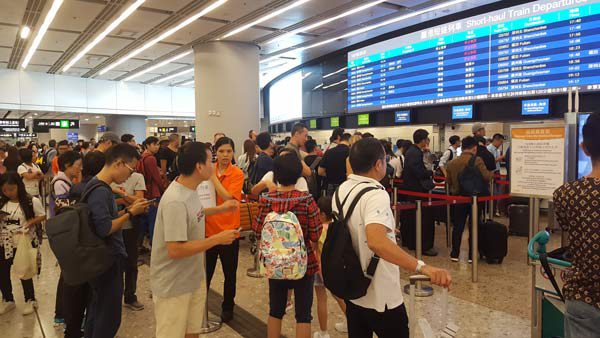 From our door to Morty’s Deli in Central usually takes about 1 hour and 45 minutes using a cross border bus or the East Rail line (metro). It took about 1 hour and 15 minutes using high speed rail. A half hour faster isn’t bad, but it also takes a lot of planning. Tickets need to be purchased in advance, timing at the station needs to be just right, and West Kowloon isn’t exactly a useful location in Hong Kong.

Coming back to Shenzhen from Hong Kong seems like it could take even longer than a bus or metro. There’s huge crowds picking up tickets for destinations all over mainland China, so ticket collection takes forever. That means arriving early to get the tickets, then extra waiting around for a scheduled train. It’s so much easier to step onto the next metro back to Shenzhen and enjoy the ride.

Even if high speed rail is consistently faster, the experience of doing it requires all the focus and planning of catching a flight at an airport. We’ll take it from Shenzhen Futian to Hong Kong in the future, but with so much planning involved it’s always going to be easier to take the metro back.