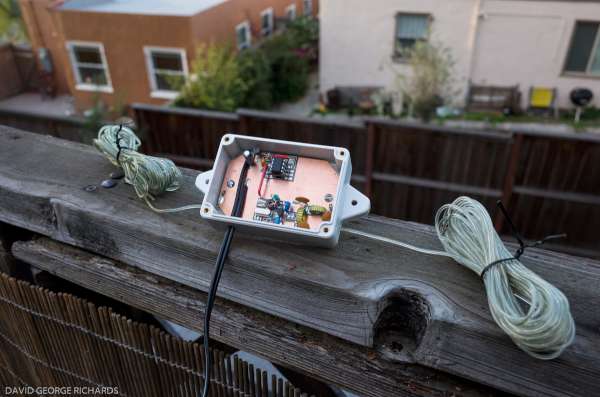 In this post from May of last year, I detailed the construction of a 1mW solar-powered HiFER beacon. I named it the Boris Beacon, in tribute to my neighbor’s cat. The beacon was never mounted permanently outside. I kept it indoors, powered from a small solar panel in the window, and feeding an “antenna” of sorts, consisting of the original dipole wires folded up into two small bundles. Obviously, I had no serious intention of it being heard by anyone; I just liked having it come on every day when the sun came up, and transmitting until later in the day, when the light was too low to sustain operation.