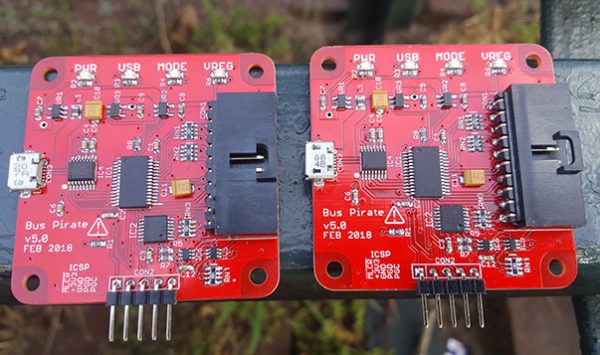 These Bus Pirate v5 prototypes were hand-assembled by a random PCBA shop on Taobao. Assembly took two days and cost 80RMB (~$12) for each board, we provided the PCBs and components. Normally we relish a prototype build because it’s a source of so many design improvements, but this was an emergency.

The USB Micro B connector on the Bus Pirate v5 and the Bus Pirate NG1 keeps breaking. In fact, the connector on v5 broke while we took pictures for a post. We soldered it on well enough to finish the photos, but we need to replace the trashed board ASAP to continue working on BusPirate.com.

We contacted a random PCBA shop on Taobao using QQ messenger. The assembler reviewed the gerber files and quoted 80RMB (~$12) to assemble each piece. That’s just the assembly cost.

PCBs and all the components came from our own suppliers. PCBs came from the Dirty PCB factory, parts came from JLC and a few Toabao suppliers. Sourcing the components for the “kit” took quite a bit of time, maybe the same as soldering a Bus Pirate. After two days we had the PCBs and parts in our Shenzhen office, then it all went to the assembler by same-day courier.

Communication with the assembler

The assembler relied on the BOM and the PCB silkscreen to stuff the board. They didn’t need an image of the schematic nor do they accept Eagle files. All interaction happened over QQ, which is pretty typical for everything in China.

They had a single question about the orientation of a component. The dots marking pin 1 of the BL1551s was on the wrong layer and didn’t get printed on the PCB. We’ll make sure all the orientation markings are clear for a speedier build next time. 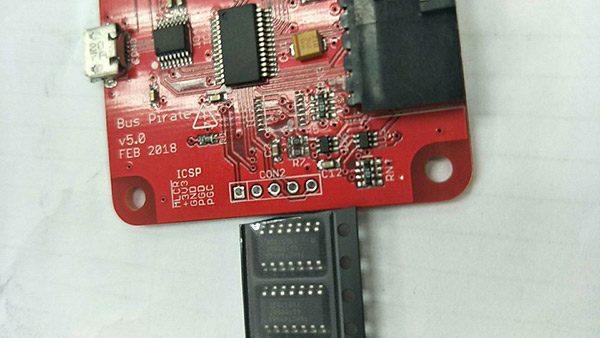 The assembler found a problem with the parts we sent too. The 74HCT4066 is in the wrong package, it should be TSSOP instead of SOIC. We ordered a replacement part from JLC and chose SF shipping for 12RMB (~$1.90). The replacement arrived at the factory the next day.

Finished boards arrived in our office two days after the assembler received all the parts, about 5 days after we ordered parts. Soldering is very good, but you wouldn’t mistake it for a board done in a reflow oven. All the components are stuffed in the right place and in the correct orientation. There’s a tiny bit of flux around the LEDs, but otherwise the board is super clean.

Bus Pirates have a row of unpopulated indicator LED footprints on the back of the board named LED1A-LED4A. These are the same as the LEDs on the front (LED1-LED4), and just open up more case options at no additional cost. The BOM we sent to the assembler specified LEDs for LED1-LED4, and made no mention of LED1A-LED4A. The assembler soldered LEDs to both sides of the board.

Our instructions were too ambiguous. The LED silk labels are PWR, USB, MODE, and VREG, not LED1-LED4. There was no way for the assembler to tell which LEDs were supposed to be populated, so they stuffed them all. In the future we’ll make sure the BOM names match the PCB silk, and explicitly state which parts are “do not populate”. 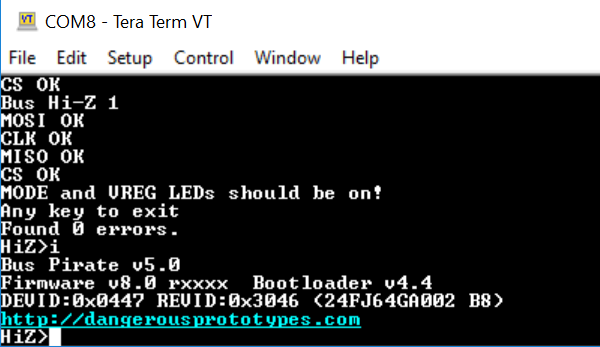 Powered up, programmed a bootloader, flashed the latest v5 firmware freshie build. Every board works and passes the self-test.

It’s super nifty to send away parts and get back assembled boards a few days later. If the orientation of every part is really obvious on the PCB silkscreen then the assembler can probably handle the build without any questions. The boards all work perfectly, and outsourcing the build really did keep the project moving at a critical moment.

Sourcing the parts and kitting the components took a lot of time. It would be a lot easier if the assembler provided common resistors and capacitor values so we don’t have to find them. There’s also a lot of caveats: this was all handled in Chinese, requires Chinese payment methods, and our Shenzhen office was able to coordinated everything.